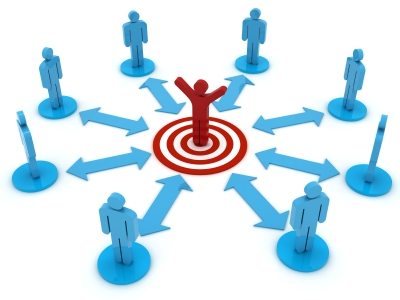 Today, I attended a workshop called “Digital Networking for Researchers” which was facilitated by Dr Darren Ambrose, who divides his time between the Graduate School and teaching for the Department of Media at Canterbury Christ Church University. He ran a short session we will provide some practical information for researchers who want to find out more about digital networking resources for academics such as Academia.edu. The workshop blurb sums up nicely what Darren was hoping to achieve:

Many academics and researchers are becoming increasingly interested in building their digital identity. Whether you have given it much thought or not, you will already have a digital presence and identity. Everyone is on the internet (just Google yourself…) and you are able to shape the content of such searches. By being proactive about where and how you appear, you can ensure that a potential employer/collaborator sees the right information when they search for you – and they will search. It may also bring opportunities for collaboration and valuable contributions to your teaching and research work, as well as to your career.

You can use social networking tools for your research, to find out what is going on, to build your profile, to form collaborative partnerships with other researchers, and to ask and answer questions. One of the biggest academic online networking sites is Academia.edu, and in this session we will provide some practical information for people who want to find out about Academia.edu and then sign up and set themselves up.

There are many other academic social networking sites, e.g. ResearchGate, SciSpace, Epernicus, Graduate Junction, and Higher Ed Space (formerly EduSpaces.org), that have tried to jump on the “social networking” gravy train – but in many ways Academia.edu has matured enough and has grown to a critical mass that it has become THE social networking tool for academics, postgraduate students and researchers.

I personally use a range of social networking sites for very subtle purposes: Facebook is really used to keeping in contact with friends and family. Twitter is used largely for professional development purposes – Tony McNeill (2009) (of Kingston University) describes it as ambient collegiality:

…being able to know what my peers are reading, writing about, reflecting on in nearly-now, almost real-time. They can share conference calls for papers, invitations for project funding, jobs, new software, relevant news. It’s a distributed senior common room without coffee. (McNeill, 2009).

I also have a LinkedIn profile for professional purposes and an an Academia.edu one for academic purposes. Not only are these profiles being used for very different purposes, they are used to depict my many digital identities. What McNeill (2009) describes as “ambient collegiality”, Dalsgaard (2008) refers to as “transparency”:

…social networking may be utilized within university education by students sharing information and resources that are originally developed for themselves, but made available to others – for instance bookmarks, references, links, and notes … the pedagogical potential of social networking lies within transparency and the ability to create awareness between students – potentially across institutions and nations. (Dalsgaard, 2008).

However, the JISC study: In Their Own Words, uncovered that:

This was something that I picked up in my own researches into learning spaces, except that students used these technologies to communicate with their peers for support, not with their family or friends (external to the University). Whilst this “transparency” may well generate “awareness among students”, I am not entirely sure that tutors are privy to these – which is a shame as there is an opportunity to see some interesting learning processes at work here. It was quite clear from last week when we were running a series of VLE Review presentations to students and staff.  Students were not keen on using the extended profile capabilities of Moodle as they preferred to keep their “social networking” separate from their studies.

An interesting point was raised in Darren’s workshop: What were the risks to the University’s reputation if staff were to represent themselves professionally via an external social networking site, like Academia.edu or LinkedIn? Both QA Focus (2008) and the University of Edinburgh Information Services (2007) have provided advice to staff wishing to use third-party external Web 2.0 services on how best to minimise the risks. Furthermore, other Universities (and organisations like the BBC) have created social media policies and guidance to help staff avoid those embarrassing pitfalls and pratfalls which has a way of bedevilling them.

Whilst I can see enormous benefits for academic staff using such sites as Academia.edu to reach out to a much wider audience that share their academic and research interests, which would do wonders for their professional profile and that of their University, I am not so sure that our undergraduate students have realised these benefits as yet.

Oradini, F. & Saunders, G. (2008). “The Use of Social Networking by Students and Staff in Higher Education”. Eife-l – Proceedings from the iLearning Forum 2008. Paris, France, 4-5 February 2008. Available at: http://www.eife-l.org/publications/proceedings/ilf08/contributions/improving-quality-of-learning-with-technologies/Oradini_Saunders.pdf/view [Accessed 12.5.2011].