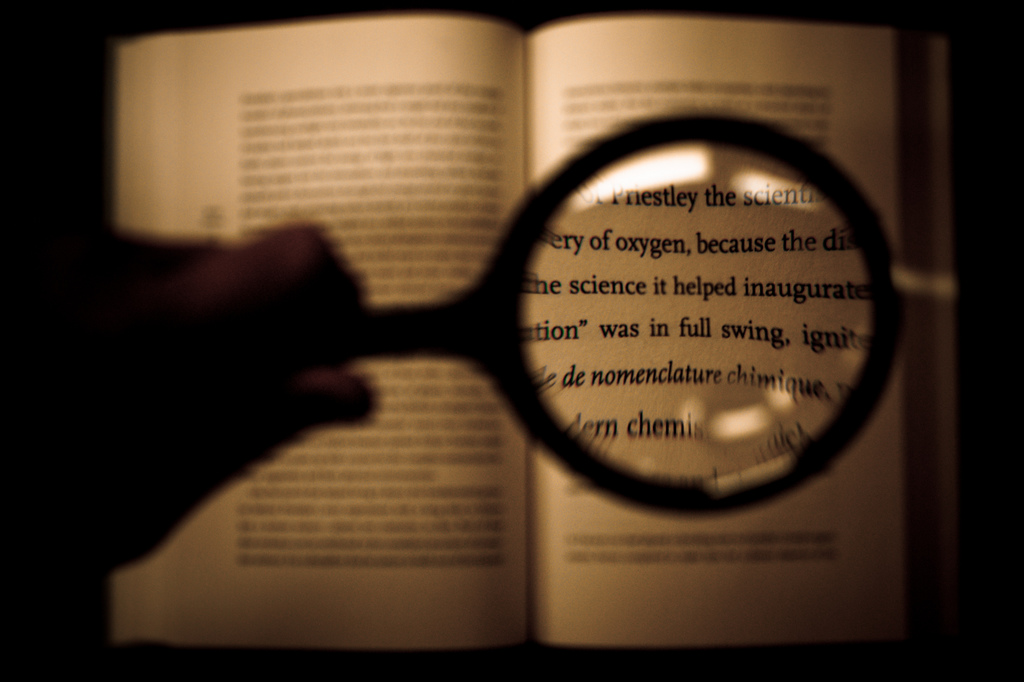 I thought I had drawn a line under my #edcmooc experience, but there is a something that is still niggling at me to say just a little bit more. In the preamble to the course, the tutors wanted to invite the participants to “view online educational practices through a particular lens – that of popular and digital culture“, and it is this ‘learning through a lens” or “thought experiment” (Macleod, 2013), which is also quite similar to “scenario planning“, that both interested and excited me. It was particular interesting to see one of the readings from the course consider the notion of transhumanism through the lens of science fiction (Hayles, 2011).

The videos that were presented to us over the four week were clearly in the realms of science or speculative fiction. Reading Sian Bayne’s, one of the EDC-MOOC tutors, blog post it was clear that they could not use copyrighted material, such as a scene from The Matrix (1999) for example, within a large “open” space and observed “even if they were freely available on YouTube, simply because their copyright status was likely to be compromised” (Bayne 2013). In the end, the team went for copyright-free videos that actually fitted their purposes better.

The course also included readings, and this is where it got a bit “sticky” for the team as they could not draw upon any “literature published in ‘closed’ sources like journal articles and book chapters” (Bayne, 2013). This issue about using literature from “closed sources” was something that caused a lecturer on another Coursera course, “Microeconomics for Managers“, to resign from the course because there were some fundamental disagreements between him and his students because they “objected to his decision to assign a textbook that was not available free” (Kolowich, 2013). Indeed, on the “Microeconomics for Managers” site, it does say that:

Students should also consider ordering the sixth edition of Richard McKenzie and Gordon Tullock’s The New World of Economics (Springer, 2012). Professor McKenzie will occasionally draw lecture topics from this book.

Given that the spirit of a MOOC course is largely “open” based upon the spirit of “open education“, it would seem to be more sensible to try and source an “open” book that he and all of the students to access and use. Dave Cormier’s blog post alludes to this issue of “closed” versus “open” access literature (Cormier, 2013).

Returning to my “learning through a lens” commentary, what I particular enjoyed about this process was applying the question “What if…” and examining the outcomes that were developing from that type of investigative interrogation. It was this kind of structure that allowed me, and I am sure most of the other students on the course, to begin to question their beliefs about learning and teaching and how technology has influenced and shaped the culture of education. This, to me at least, was were the “real” learning was taking place (and the course’s biggest USP), not from listening to a disembodied “talking head” sprouting facts and content at me.

Kolowich, S. (2013). “Professor Leaves a MOOC in Mid-Course in Dispute Over Teaching”. The Chronicle, The Wired Campus Blog, 18.2.2013. Available at: http://chronicle.com/blogs/wiredcampus/professor-leaves-a-mooc-in-mid-course-in-dispute-over-teaching [Accessed 28.2.2013].