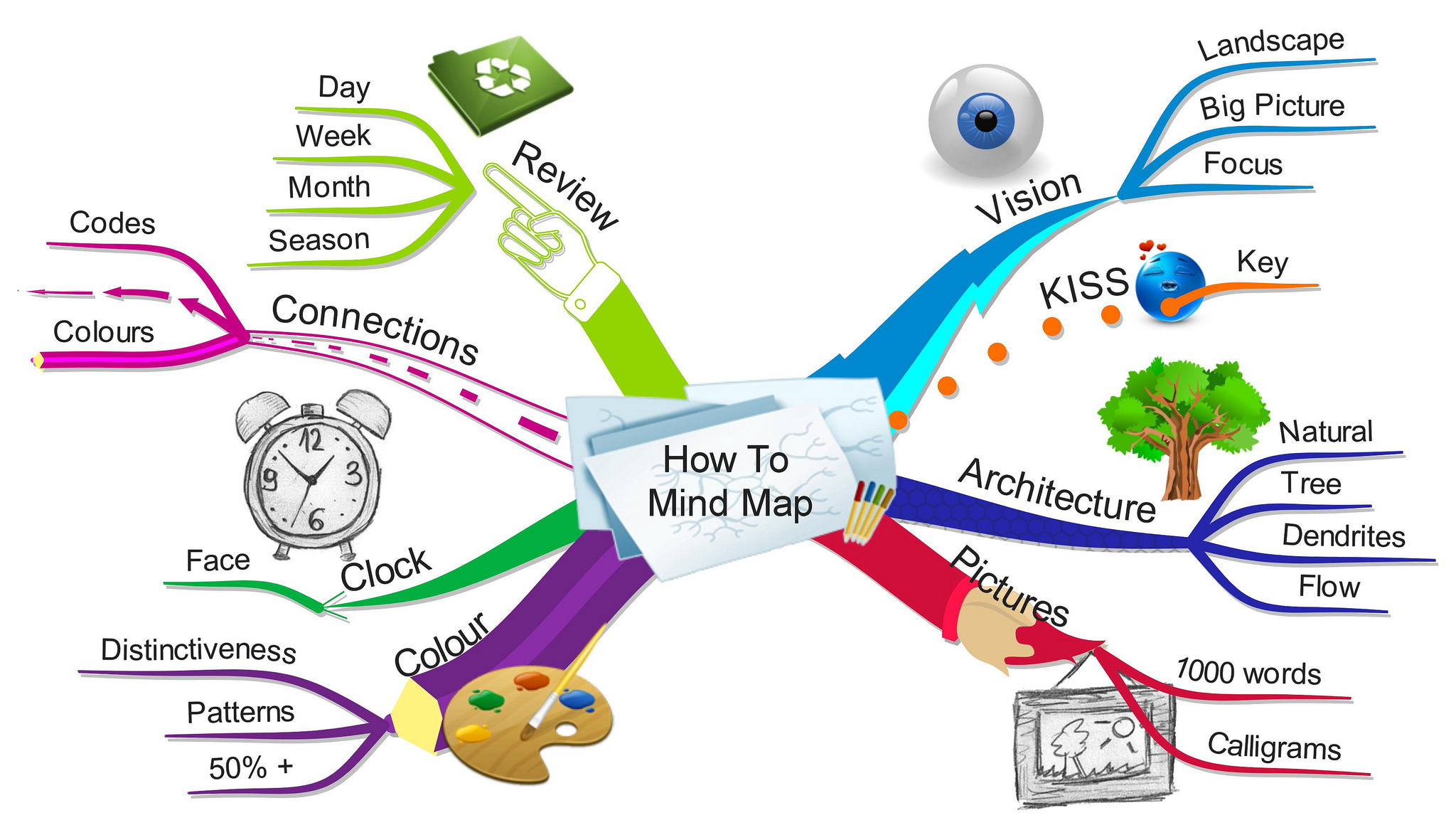 Make a post introducing a concept related to metacognition. Define the concept and provide at least 1 example of the concept in practice. Be sure to add links or other references and images or other media to illustrate your point. If possible, select a concept that nobody has addressed yet so we get a well-balanced view of metacognition. Metacogniton concepts might include:

We are now at the penultimate stage of the e-Learning Ecologies MOOC with the sixth of the seven “e-affordances” being introduced, that of metacognition. Metacognition is often defined as “thinking about thinking”, which rather over-simplifies what metacognition actually does. According to Flavell (1979, 1987), it consists of metacognitive knowledge (i.e. knowing how we learn) and metacognitive experiences (i.e. developing strategies on how we learn). The concept I would like to introduce is mind mapping.

The mind mapping technique and the term “mind map” was first popularised by Tony Buzan (1974; Buzan & Buzan, 1993) in the early 1970s and refers to a visual thinking tool that helps with structuring, analysing, synthesising and generating information, ideas and concepts and is often represented as a visual diagram. The inspiration for this technique has arisen from the notebooks of Leonardo da Vinci (D’Antoni & Zipp, 2006:3), though there is a suggestion that this technique can be traced back to ancient Roman times. Moreover, Buzan’s work was partly based on the left/right brain work by Sperry (1968), which was later refined by Ornstein (1977). According to D’Antoni & Zipp (2006):

Mind maps are different than concept maps. The latter are flow charts that use branch-like architecture, usually in a superior-to-inferior orientation, to organize information. In addition, concept maps are devoid of pictures and colour. (ibid., 2006:3)

Not only can mind maps be used as a visual form of “note-taking and note-making that literally ‘maps out’ [our] ideas” (Edwards & Cooper, 2010:238). It can be used as a teaching resource as well, such as preparing and reviewing lectures (ibid., 2010), as an effective study technique to aid factual recall (Farrand, Hussain & Hennessy, 2002). Wycoff (1991:43) provides a useful summary to the key elements that make up a mind map:

Tucker, Armstrong & Massad (2010) concluded that mind mapping showed “a great deal of promise as a technique”, but as a “general purpose tool”, like a word processor or spreadsheet, it was currently far from common-place. However, the authors acknowledge that this could change over time as more mind-related tasks, functions and applications increased in popularity.