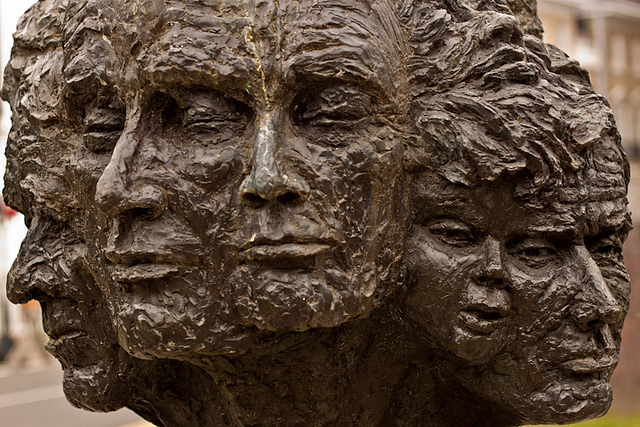 What’s in a word?

Sociomateriality advances the view that organisations, work, people and technology should be conceptualised as being inherently inseparable, rather than the once “taken-for-granted assumption” of separate entities (Orlikowski & Scott, 2008, p. 434). The term came to prominence after 2007, appearing in journals relating to the fields of Organisation Studies and Information Systems (Jones, 2014).

But what does sociomateriality mean? For some, it is just a fancy “buzzword” (Weißenfels et al., 2016) that has become the “new black” amongst researchers (Jarzabkowski & Pinch, 2013). However, early references to the term ‘sociomaterial’ (with or without the hyphen) emerged from the 1950s onwards, in such disciplines as human geography (Southern, 1958), sociology (Carver, 1975) and economics (Legato, 1979). Fenwick and colleagues (2011) suggest that Dewey’s (1938) seminal work on learning through the interactions between the learner and the objects within the environment is seen as an early example of adopting a sociomaterial approach.

If like Bob Sutton (2010), you might well think that sociomateriality is nothing more than “jargon monoxide” (Bob ‘borrowed’ the term from Polly LaBarre). Despite the witty play on words, Bob makes a serious and important point:

I hope the authors can find a simple word or two to explain what they mean by it to normal human beings.

The bottom line is this: If we cannot be clear and unambiguous by the terms and definitions we use, then any serious, real-world applications we may have with using these conceptual tools will remain obscure and weak.

Most will label sociomateriality as an “umbrella term” (Cuellar, 2016; Niemimaa, 2016). Umbrella term – that’s a nice, warm, fuzzy and cosy term, isn’t it? Once you start to dig a little deeper into sociomateriality, you begin to have suspicions that “umbrella term” is a piece of linguistic sleight-of-hand. If I were to imagine, just for the briefest of moments, that sociomateriality was a living person. I would be forgiven in thinking that they had dissociative identity disorder (DID). There appears to be four (or more) competing personalities or perspectives here. I will come back to that a little later on in this post.

Getting to the root of ‘matter’

Sociomateriality is made up of the words ‘social’ and ‘material’. According to the Oxford English Dictionary, ‘materiality’ is defined as “that which constitutes the matter or material of something” (OED, 2016). Leonardi (2010) argues that if we foreground the fact that things are “made of matter”, then we tend to foreground the affordances inscribed in artefacts and the environment. Matter, then, comes from the Latin word materia, which means the “substance from which something is made”. Substance, thus, means “what stands under” something or someone. For Martine & Cooren (2016) this provides a reason “why something as abstract as an emotion, an idea, or even an intuition has to materialize itself in one way or another in order to exist” (p. 147). This might go a long in explaining why some researchers consider that there is only a concept of ‘materiality’ (without the prefix of socio). Orlikowski (2007, p. 1436) perceives materiality as being:

…entailed in every aspect of organizing, from the visible forms – such as bodies, clothes, rooms, desks, chairs, tables, buildings, vehicles, phones, computers, books, documents, pens, and utensils – to the less visible flows – such as data and voice networks, water and sewage infrastructures, electricity, and air system.

A similar sentiment is shared by Fenwick & Nerland (2014, p.3), especially as materiality can be overlooked or dismissed in the analyses of professional learning and practice:

Material forces – flesh and blood, forms and checklists, diagnostic machines and databases, furniture and passcodes, snowstorms and dead cellphones – are integral in shaping processional practice as a repertoire of routines as well as the particular knowing, decisions and actions are enacted in any local instantiation of practice.

If we take a look at ‘sociality’, Latour (2005; Strum & Latour, 1987) informs us that the word is derived from the Latin sequor, meaning “to follow” – which in turn gave the Latin secta, meaning something to follow, pathway, course of conduct, school of thought (giving the root of the English word “sect”). Related to this is the Latin socialis, as in a friend, partner, companion, or associate. When we speak of the social dimension of someone or something, we are referring to what relates this person or thing to another (Martine & Cooren, 2016).

Sociomateriality has a rich and diverse repertoire of conceptual tools, resources, methods and approaches for examining and explicating the relationship between the social and the material, these include (but not limited to):

Common to these different approaches is a concept of emergence or becoming (Hager, 2011). At the risk of over-simplifying a challenging concept, emergence concerns how in a complex adaptive system (e.g. a professional learning event), novel phenomena (e.g. formation of an online professional learning network) arise out of the rich and recursive interactions with existing phenomena (e.g. HE academics using social media) (Davis & Sumara, 2008; Osberg & Biesta, 2008). Emergence can either be “weak” or “strong”.

For the purposes of my own research, I am using Actor-Network Theory and Non-Representational Theory. These will be subjects of future blog posts.

Drawing upon Orlikowski and Scott’s (2008) account of sociomateriality, Jones (2014) argues that it comprises of the following key features:

However, a number of sociomaterial variants exist in terms of the reciprocal constitution of the social and material worlds, placing a different emphasis on the above key features (Jones, 2014; Martine & Cooren, 2016; Weißenfels et al., 2016).

Earlier, I had suggested that sociomateriality might have something akin to dissociative identity disorder (DID) because, for me, I can see at least four competing personalities or “perspectives”. The first thing to note is that these reciprocal constitutions are expressed in the following ways (i.e. the personalities or perspectives) of which there are different ontologies for each:

The second thing to note is that a number of sociomaterial variants exist in terms of the reciprocal constitution of the social and material worlds, placing a different emphasis on the above key features (Jones, 2014; Martine & Cooren, 2016; Weißenfels et al., 2016). These variants articulate “weak” and “strong” accounts of sociomateriality (Jones, 2014). A “weak” account (e.g. imbrication) argues that while humans and non-humans are interdependent, social and material phenomena can still be separate yet interacting. Contrarily, a “strong” account (e.g. entanglement) argues that the social and material phenomena is inseparable and cannot preserve its distinctiveness. A third account is offered by the concept of aspectuality.

This post may seem a little negative towards sociomaterialism. It is not meant to be, I just want to make sure that this approach is treated with respect and handled appropriately. Sociomaterialism is not always what it appears or professes to be. Please research responsibly.

Latour, B. (1987) Science in Action: How to Follow Scientists and Engineers Through Society. Milton Keynes, England: Open University Press.

One thought on “On Sociomateriality”