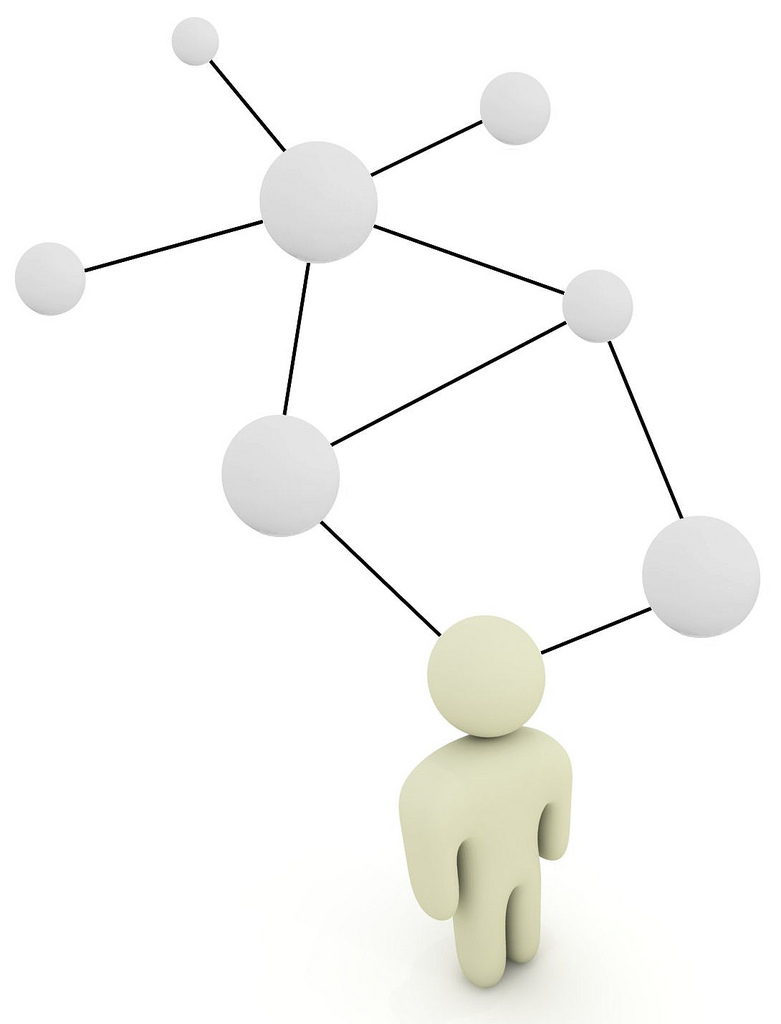 The EdD is made up of seven modules at Master’s level, on the successful completion of these modules can I then progress on doing the EdD thesis. For my first EdD assignment, a 4000 word essay, I undertook to “identify and analyse a theoretical approach in an area of [my] choice”. I choose to look at Connectivism, on the back of the “e-Learning and Digital Cultures” course that I took with the University of Edinburgh using the Coursera platform – I wanted to understand more of what I and others had experienced on that course. Interestingly, the concept of connectivism was raised in the “Open Education” course and a whole activity was devoted to it.

In some sense, this blog article is my contribution to that “Open Learn” activity as well as a reflection on the essay that I wrote for my EdD.

You can imagine my surprise that when I started to read around this notion of connectivism, I started off thinking that it was indeed “a learning theory for the digital age” (Siemens, 2005) to conclude that  in its current form, the ‘theory’ needed to be relegated to that of a “phenomenon” (Bell, 2011), or a ‘hypothesis‘ at best. I had a lot of trouble with Siemens’ complex and messy theory. I thought Downes’ (2005) work on Connective Knowledge, which provides connectivism with the “epistemological framework“, was much more grounded.

When you start reading around connectivism, you soon come across a lot of other competing “networked theories of learning” seeking legitimacy like: heutagogy (Hase & Kenyon, 2000, 2001, 2007; Blaschke, 2012); communal constructivism (Holmes et al., 2001; Leask & Younie, 2001); navigationism (Brown, 2006, 2006); wildfire learning (Engeström, 2007, 2009); rhizomatic learning (Cormier, 2008); c3-learning (Sims, 2008); affinity spaces (Gee & Hayes, 2009); and quantum perspective of learning (QL) (Janzen, Perry & Edwards, 2012) to name but a few. But it is Siemens (2005) who makes the bold claim that behaviourism, cognitivism, and constructivism are unable to address how learning can be externalised; that learning can take place in “non-human appliances” (i.e. databases, devices, and tools); and the meta-skills that are necessary to cope with the burgeoning “knowledge-rich environments”.

You also get a sense from this tangled web that not everyone has a clear and cogent understanding of what connectivism actually entails. Rita Kop provides, in my humble opinion, the best “definition” of connectivism, thus far:

“…learning organization whereby there is not a body of knowledge to be transferred from educator to learner and where learning does not take place in a single environment; instead, knowledge is distributed across the Web, and people’s engagement with it constitutes learning” (Kop, 2011:20).

So learning and the production of knowledge is less about “know-how” and more around “know-where“. A number of educational commentators (Kerr, 2007; Bell, 2011; Friesen & Lowe, 2012) have argued that there are other existing theories that could adequately explain the concerns that Siemens raises, such examples include: social construction of technology (Pinch & Bijker, 1984); third-generation activity theory (Engeström, 1999); flexible learning (Bigum & Rowan, 2004); and actor-network theory (Latour, 2005).

A constellation of meanings

In response to criticism from Verhagen (2006), Siemens (2005) uses both the work of Driscoll (2000) to explore the “three epistemological traditions” to demonstrate their weaknesses and cites work by Mergel (1998), a University of Saskatchewan student, who cites the “five definitive questions that serve to distinguish learning theory from the others”. Mergal originally found the “five definitive questions” from Ertmer & Newby (1993:53), though the original source of this work comes from Schunk (1991) – I’ll come back to this later (see The Emperor’s New Clothes below).

Needless to say, as much of the criticism is levied at Siemens on his use of ‘theory’, you have to examine that aspect of his work as well. You will soon discover that the word ‘theory’, within an educational discourse, is constructed with a “constellation of meanings” (Thomas, 1997:77) so it becomes hard to pin down – the word ‘learning’ suffers from a similar semantic issue. If that is not enough, you soon trespass into deep and dangerous waters regarding theory as it has a fair number of advocates and critics on either side of the theoretical spectrum, with Wilfred Carr (2006) extolling that:

“… the educational theory debate will no longer appear as contributors to some timeless philosophical argument about how educational theory is to be conducted and understood but as the unconscious inheritors of a flawed intellectual project whose faulty presuppositions were to ensure its eventual and inevitable demise” (Carr, 2006:137)

Gary Thomas (1997:76), for example, would like to see more “methodological anarchy”, where educators should think outside the box and not be too hamstrung in developing theory for theory’s sake. Using Miller’s (1993) differences between ‘theory’ and ‘developmental theory’ as a lens, Kop & Hill (2008:6) argue that connectivism, currently, does not “warrant … being treated as a separate learning theory in and of its own right”.

I then turned my attention to the phenomenon that is the massive online open course (MOOC), specifically the cMOOC variety as that has features that are inherent within connectivism. This for me is where connectivism as a ‘theory’ does not adequately explain the processes that are going on for those learners who “don’t get” social media or online networking – I am not entirely sure what type of learning, if any, actually took place.

For those researchers who were evaluating the “Connectivism and Connective Knowledge“ (CCK) online course that was developed by Siemens and Downes in 2008, some of their findings were similar to the experiences of the learners on the “e-Learning and Digital Cultures” course in terms of being “infowhelmed”; needing more support and guidance; and having trouble developing coherent conversations using the tools that they personally selected. Even Downes (2012a:para.17) acknowledges that the “connected learner” are most likely going to be “more advanced reasoners, thinkers, motivators, arguers, and educators [who] can practice their skills in a public way by interacting with each other“, and offers the following sobering conclusion that the CCK course was “insufficiently connective and they were tending to slip towards an emphasis on content” (Downes, 2012b:para. 76).

I feel rather churlish mentioning this, and it does seems that I am nit-picking, which I probably am. But, I have noticed in Siemens’ (2005) original paper that there are a couple of instances of what I would consider as being misattribution. For example, Siemens cites from the work of Mergel (1998) who refers to the “five definitive questions that serve to distinguish learning theory from the others” which she had originally picked up from Ertmer & Newby (1993:53). In Ertmer & Newby’s paper, they had derived the “five definitive questions” from Schunk (1991), the original author. Mergal had credited Schunk, but Siemens did not – perhaps this was an oversight on his part?

The other instance comes from a simple definition of chaos, Siemens’ cites Nigel Calder for saying that chaos is a “cryptic form of order” in the August 2004 edition of “Science Week“. Again, Calder is explicitly clear that this phrase is attributed to the mathematician, Ian Stewart from his 1995 book: “Nature’s Numbers: Unreal Reality of Mathematics“, you’ll find the definition on page 123 of that book. Again, Siemens does not acknowledge Stewart. It does kind of suggest how rigourous he has been with his other references and citations.

I am somewhat reminded of the digital natives / digital immigrants controversy that emerged as a result of Prensky’s (2001) seminal work. A lot of academics, and indeed a lot of learning and teaching policy documents and strategies were based upon the heralding of a new breed of learner. Almost 10 years later, we discover that this “new breed of learner” is not what was originally prophesied and that Prensky’s work was made up of a large dollop of homespun common-sense and a huge dose of rhetoric, but was incredibly short on empirical evidence that became an “inadequate explanation of young people’s competence and effectiveness with digital media and services” (Bayne & Ross, 2007; Bennett et al., 2008; Selwyn, 2009; Bullen et al., 2011, cited in Bell, 2011). I just hope that connectivism doesn’t fall down this particular pathway.

Technology has a tendency to expose, highlight and make transparent those processes, procedures and phenomena that would have ordinarily been hidden from view and I think connectivism has an important contribution to make to network theories, but at the moment I am not convinced that it is a ‘learning theory’, but it is an phenomenon that needs to be examined and maybe, just maybe, explained in behaviourist, cognitivist, or constructivist terms.

Kerr, B. (2007). “A Challenge to Connectivism”. Transcript of Keynote Speech, Online Connectivism Conference. University of Manitboa. Available at: http://billkerr2.blogspot.co.uk/2006/12/challenge-to-connectivism.html [Accessed 20.3.2013].

7 thoughts on “Connectivism: Theory or Phenomenon?”