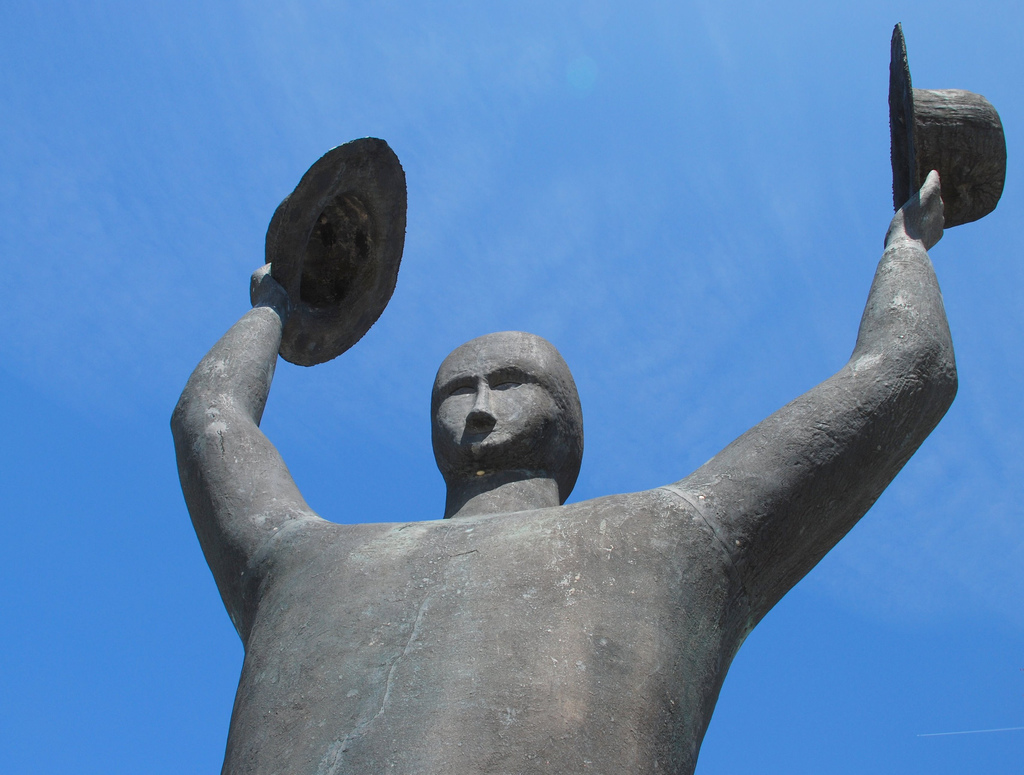 In part one in my short “In conversation with the Troika” series of blog posts, I spoke to Alec about (e-)portfolios, professional learning and his Master’s thesis. Next up is Bryn…

I start my conversation with Bryn around the notion of academic practice and what it means. He tells me that “when you analyze it, it collapses! It’s not an object, it’s a concept. It will mean different things to different people“, thus begins a conversation that looks at the challenges and controversies of academic practice. I am immediately reminded of Baume’s (2012a, 2012b) concept of the “empty shell definition“, which he discusses within the concept of digital literacy, he says:

“It has both the advantage and the disadvantage of being an ‘empty shell’ account, albeit a shell with three compartments – the capabilities for ‘living’, ‘learning’ and ‘working’ – waiting to be filled. Both its advantage and its disadvantage is that it needs to be developed before it can be applied to policy, strategy and practice for course design, teaching, learning and assessment” (ibid., 2012a:6).

He goes on to say that:

“The wish to use empty shell definitions is understandable – they push the responsibility of populating the definition on to the particular users, and thus increase local ownership” (ibid., 2012b).

Needless to say, I have seen the highly contested definition of digital literacy whittled down to something suitably bland (that’s a cultural reference for all you hardcore Doctor Who fans out there!). When it came to defining what digital scholarship might look like, Weller (2011) suggested that it “should probably be resisted, and [at] best interpreted as a shorthand term” (p.5). He goes on to argue:

“As Wittgenstein argued with the definition of ‘game’ such tight definitions can end up excluding elements that should definitely be included or including ones that seem incongruous” (Weller, 2011:5).

It is worth revisiting Wittgenstein (2009, [1953]) again, to remind ourselves what the great man said:

“What does it mean to know what a game is? What does it mean, to know it and not be able to say it? Is this knowledge somehow equivalent to an unformulated definition? So that if it were formulated I should be able to recognize it as the expression of my knowledge? Isn’t my knowledge, my concept of a game, completely expressed in the explanations that I could give? That is, in my describing examples of various kinds of game; showing how all sorts of other games can be constructed on the analogy of these; saying that I should scarcely include this or this among games; and so on” (Wittgenstein, 2009, [1953]:75).

It is all but apparent to me that any discussion around academic practice is going to be best approached within my own “local” context and articulated as a series of features, properties and characteristics which may have some resonance with others outside of my “local” context.

For Bryn, the whole concept of academic practice is akin to the “curriculum in terms of its’ scope and scale“, and is very much influenced by the values that are situated within different Higher Education Institutions (HEIs) and by their particular focus: research-led or teaching-led. Bryn goes on to explain that the Higher Education Academy (HEA) adopted the phrase Research Informed Teaching (RIT) borrowed from Griffiths (2004), that is to say that teaching can be research-informed, in the sense that it is informed by reflecting on and inquiry into teaching learning and assessment through pedagogic research and evaluation. RIT was, therefore, perceived as meaning something different to Research Led Teaching (RLT).

Our conversation turned to the Higher Education Statistics Agency (HESA) requirement that all UK HEIs are now required to make public the number of “qualified” teachers employed by them. It is now no longer enough to say that you have a PhD and have done x number of years teaching, which before 2012 would have been enough. Bryn is concerned that the HESA data might be construed as meaning to say that “we are good at delivering teaching and that we have all these people who are qualified to deliver“, and that it may, unwittingly, start to change and shape the language and discourse of learning and teaching, and that students who pay £9000 p.a. fees will not see University as a chance to learn or inhabit a space to learn, BUT it is a place where they are taught – the language being used “has all sorts of consumerist connotations“. Bryn has a lot of respect for Wilhelm von Humboldt’s (1970) idea of a University – Bryn says: “It’s not teachers first, it’s not students first. It’s that we are all in the service of scholarship and how do we develop scholarly activities amongst our students“.

Bryn has attended a number of conferences where the discourse has been about the “inspiration of teaching” and “creative teaching“. Whilst he feels it is good to talk about “teaching“, but talk about “teaching” within the context of “learning and teaching“. We talk about the role of (e-)portfolios in the development of academic practice, Bryn thinks most academics don’t need an (e-)portfolio as their academic practice is monitored through their discipline, i.e. conferences attended, peer-reviewed journal articles accepted, etc, thus evoking the spectre of Becher & Trowler’s (2001) “academic tribes“.

The conversation moves slightly back to my EdD thesis with Bryn suggesting that I could use the thesis to unpack and make meaning around this term of academic practice and thinks it might be worth looking at all of the Postgraduate Certificate in Learning & Teaching in Higher Education (PGCLT(HE)) or the Postgraduate Certificate in Academic Practice (PGCAP) courses up and down the country to get a sense of what this thing called “academic practice” might look like.

I broach the subject of professional learning with Bryn, which he feels is a tricky one to pin down as you have this notion of dual professionalism, that is to say that on the one hand you are encouraged to be a good teacher and on the other hand your professional status tends to be more aligned to your discipline. You can go even one further with the notion of tri-professionalism which would include all the aspects of a dual professional with the additional element relating to a person being a practitioner of something (i.e. law). In some respects, professional learning have all three elements to it that can clash. This somewhat reminds me of Durkheim’s (1976, [1912]) conception of sacred and profane knowledge or Foucault’s (1988) notion of a specific intellectual.

At this point, I begin to express some concern that it might be just a tad difficult to combine academic practice (or whatever form I am going to take with it) with (e-)portfolios. Bryn feels this would be good as it would give me a chance to explore the literature to get a clearer sense of what all this might mean for me. From there, I could begin to develop a “definition” of academic practice and then see if (e-)portfolios could work or not.

Like Bryant & Chittum (2013), Bryn suggests that I should undertake a longitudinal study with the up-and-coming (December 2014) PGCAP cohort of students. I can then do an analysis of the longitudinal study methodology in terms of what and what does not work.

“…the adoption of institution-wide ePortfolio systems that will follow students from their freshman year to graduation provide a new opportunity for researchers: longitudinal studies that look at differences between ePortfolio and non-ePortfolio users over the course of several years could provide useful information on potential benefits once students become sufficiently acclimated to the ePortfolio process” (Bryant & Chittum, 2013:195).

In the final part of these short series of blog posts, I will be in conversation with Cora.