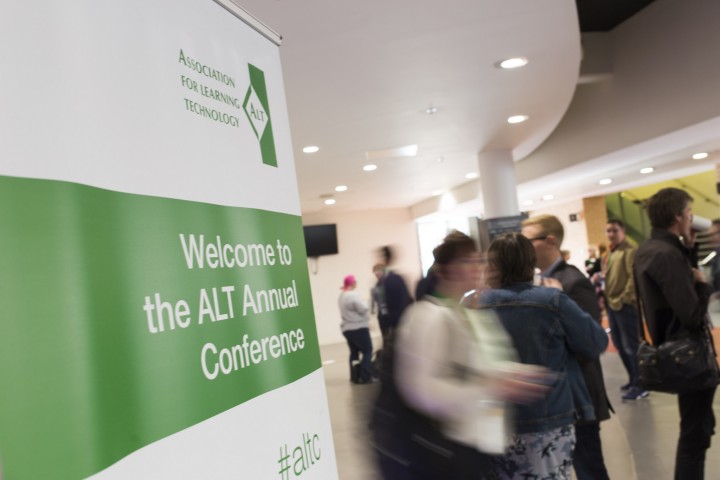 This year’s Association for Learning Technology (ALT) conference took place on the 8th – 10th September 2015 at the University of Manchester. The theme of the conference was “Shaping the Future of Learning Together” and focused upon the following areas:

My colleague, Simon Starr, and I presented a paper that had the deliciously eye-catching and salacious title: The Chamber of Fear: A Role Playing Approach to the Recruitment and Selection of Learning Technologists. The title works on a number of levels. Firstly, it is a nod to the roleplaying games that I used to play in my early teens. Secondly, it speaks of the fear and anxiety of the interview candidates who were invited to take part in this task. Finally, it is a recognition of the fear and anxiety of some of the team members who were asked to adopt and play a role. I should stress at this point that “The Chamber of Fear” is the name of our conference presentation and not the name of the actual task that we had asked our interview candidates to take.

We wanted to share with our peers an approach that we had developed in the selection and recruitment of learning technologists at our institution. We had been trialling this approach since February 2012 and it was a response to the dissatifaction that the team had felt with a more traditional interview and presentation. As a team, we recognised that the role, skills and qualities of a learning technologist tended to be a complex and problematic one (Browne & Beetham, 2010; Hopkins, 2015); something that could not be demonstrably conveyed within the space of a short 20 minute presentation. We had successfully recruited three learning technologists through this approach and who had shared our common values:

So, at 10.35am on Wednesday 9th September 2015, we gave our presentation to a packed room of conference delegates in the manner of a Grand Guignol performance (mwah ha ha ha!!!), well hopefully not too much as we didn’t want to lose the seriousness of our message. What followed afterwards was interesting, surprising and revelatory to us:

There is certainly a lot of food for thought and we would certainly be reviewing our approach and looking at ways that we can make it more robust. Whilst we recognise that our approach may not appeal to everyone, it is an approach that can be adapted to suit the particular strengths and requirements that are activey sought by institutions and learning technology teams. You would need to look at what you value most in a learning technologist at your institution and construct a scenario that would best tease out these qualities. Ours is around learning & teaching and criticality; for others it could be technology and the development of educational materials; elsewhere it could be focused upon research, evaluation and publication. Eitherway, you need to ask yourself if your current institutional recruitment and selection processes are able to tease out those qualities and characteristics that are most sought after. But at the end of the day, it comes down to that perennial question that dogs our profession, that of what is a learning technologist? It is a question that myself and others have been grappling with for many years.

We would like to thank those conference delegates who attended our presentation and engaged us in a very interesting, if too brief, debate.