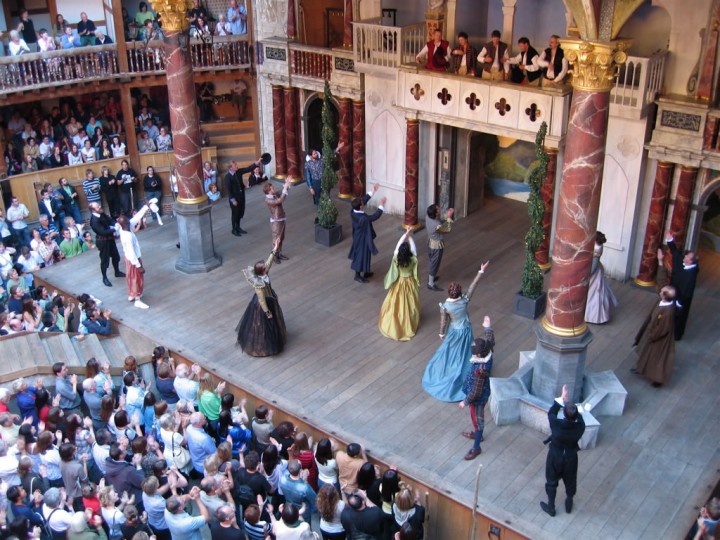 All the world’s a stage
And all the men and women merely players;
They have their exits and entrances,
And one man in his time plays many parts…
(Shakespeare, 1623, As You Like It, Act 2, Scene 7)

The above well-known and oft-used quote from Shakepeare’s As You Like It is perhaps a fitting way to describe Goffman’s (1959) seminal work on the notion of “self-concept” through the conceit of the theatre, or “dramaturgical perspectives” as Goffman prefers to call it. Goffman’s work is situated within the broad symbolic interactionism (Cooley, 1912; Mead, 1934; Blumer, 1969; Manis & Meltzer, 1972) traditions. The question for me is whether this tradition is an appropriate lens to examine the professional learning of academic in Higher Education. Furthermore, does this tradition align itself comfortably with that of sociomaterialism? If so, how?

Symbolic interactionism (SI) caught my interest and imagination way back in 1995 as I was embarking on my first degree, a BSc in Information Technology and Social Science. Reading the essay that I wrote at that time, I am wincing at my unsophisticated attempts to construct an argument. More recently, I also attempted, rather clumsily I might add, to explain to someone what I thought SI was all about. After a 20 year hiatus, I think it is about time I reacquaint myself with an “old friend”.

Symbolic interactionism is a sociological perspective that is concerned with the concept that individuals are continually being defined and redefined by those things (symbolic representations) that have meaning for them. SI involves three basic precepts:

From the perspective of objects and tools, it is interesting to note what Claxton & Murray (1994) have to say about it:

…symbolic interaction with material and non-material culture enables the individual to develop a sense of self, become socialized, participate in society, and understand the roles and significance of other people. (ibid., para.2)

Furthermore, these symbolic representations can take on many dimensions, such as language, gestures, non-verbal communication, clothes, hair styles, colour of clothes, fashion accessories, the nuances and tones of the voice, gender, occupation, race, etc. All these symbolic representations are open to personal interpretation and will depend upon how we interpret, or unlock, these “symbolic codes” to determine a particular action or course of events.

In my 1995 essay, I used the following illustration to describe what I mean by SI. It concerns a man and woman in a dark, empty room sitting at a table. On the table is a solitary candle, the man lights the candle. To the casual observer, this act could symbolise many things:

In each case, a different interpretation has been bestowed on the very act of lighting a candle. To understand the what this “act” actually means will require the observer to uncover what the “act” meant to the actors involved.

Applying Goffman’s (1959) “dramaturgical perspective”, we have the following components:

What happens if the “performers” held hands and started to pray? This very “act” now becomes a dramatic realization (ibid., p.40) as the “performers” have now “dramatically hightlight[ed] and portray[ed] confirmatory facts” to the audience which may have remained “unapparent or obscure” to them at the time.

What if the “performers” left the room by the door at the back, leaving the audience behind? The “performers” can now relax and let slip their “masks” as they take to the backstage (ibid., p.114) away from any scrutiny by the audience. It is here that the carefully crafted illusions, impressions and fictions used for the purposes of the performance and the audience known as impression management (ibid., p.116) are discarded.

There are individuals who are neither “performers” nor the audience known as outsiders (ibid., p.135) who could potentially mislead or disrupt a performance.

Quite fortuitously, I have come across a brief paper by Claxton & Murray (1994) on the concept of interchangeability, they suggest that:

… [it] refer[s] to a psycho-social mechanism that permits individuals to selectively substitute the influences of objects and subjects (other people) for each other as necessary to construct, adapt, and maintain self definition (ibid., para.3)

From an SI perspective, materialism is neither positive nor negative. Indeed, the individual defines and redefines themselves through their interaction with objects (ibid., para.9). It could be argued that identities of self could “reside” in objects more so than in individuals (McCarthy, 1984); thus the “objects come to symbolize the self and thereby become part of self concept” (Claxton & Murray, 1994, para.12). Claxton & Murray (1994) introduce their model of interchangeability which attempts to align concepts of SI with materialism:

[The model] represents the relationship among subjects, objects, and self-definition. The model suggests that, in some cases, when someone cannot adequately integrate aspects of other people into his or her self-definition, then objects may be substituted, consciously or otherwise. In other words, the respective contributions of subjects and objects to the individual’s continuing development may be substitutable for each other at various times (ibid., para.18).

Furthermore, they go on to suggest that:

… objects and subjects do not simply make “non-human” and “human” contributions, respectively, to self-definition. Although the model represents a social/material duality, each may contain part of the other, and serve in the other’s role at certain times. Such is the case when people are used as objects (objectification), and when objects are viewed as possessing human qualities (anthropomorphism). In other words, the lines of contribution between object and subject to self-definition may sometimes blur (ibid., para.21).

There is just the first step in attempting to look at professional learning of academic in Higher Education through the objects that they use and the spaces that they occupied. Equally, it is important to understand about those objects and spaces that they choose to reject.

Goffman, E. (1959). The Presentation of Self in Everyday Life. London, England: Penguin Books.