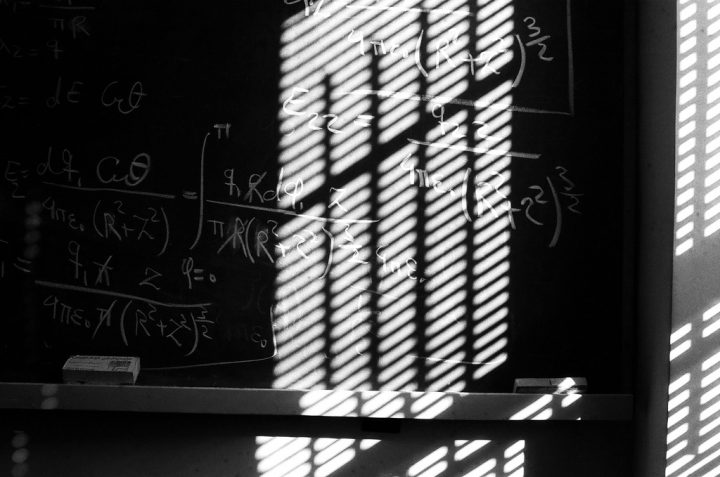 It has been quite a while since I have written a blog post. A lot has been happening EdD wise. My data collection activities kicked off in December 2015 and will soon draw to a close in July 2016 (fingers, toes and everything else crossed), I will write a future blog post about that. Suffice to say, that I am keeping a journal to represent my thoughts, feelings and reflections during the thesis stage of my EdD “pilgrimage“. This journal really contains those field notes that cannot be recorded on to my public blog; to use Erving Goffman’s (1959) theatrical metaphor, the journal represents the “backstage” of my performance, whilst the blog is the “front”.

In that short space of time, a number of important documents relating to the future of Higher Education (HE) in the United Kingdom (UK) have been published. In November 2015, this saw the publication of the HE Green Paper, Fulfilling Our Potential: Teaching Excellence, Social Mobility and Student Choice (DfBIS, 2015), which drew support from and was informed by the 2015 Student Academic Experience Survey (Buckley, Soilemetzidis & Hillman, 2015). In May 2016, saw the HE Green Paper become the HE White Paper, Success as a Knowledge Economy: Teaching Excellence, Social Mobility and Student Choice (DfBIS, 2016), with the shadow of the Teaching Excellence Framework (TEF) looming large.

This week has seen the joint publication of the annual Student Academic Experience Survey (Neves & Hillman, 2016) by the Higher Education Policy Institute (HEPI) and the Higher Education Academy (HEA). The survey is now in its tenth year and I had something to say about it regarding the “different characteristics of teaching staff” a perceived by students last year.

Once again, the survey draws upon the membership of YouthSight‘s “Student Panel” which currently (as of 10th June 2016) counts as 135,000 members. The survey received a total of 15,221 responses (up on 92 from the 2015 survey), which roughly equates to 11% of the potential sample population. However, when the survey was conducted between February and March 2016, the number of members on the “Student Panel” was almost 75,000, which is roughly 20% of the sample population, so the 2016 survey is drawing upon those figures.

As my doctoral research is on the professional learning of academics, I am immediately drawn to section 5.5 entitled: “Teaching staff characteristics”. This was a category that was introduced in the 2015 survey. For this section, the institutional groupings have been changed to bring it in line with the rest of the report.

In the 2015 survey, the institutional groupings were UKADIA, Guild HE, University Alliance, Million Plus, 1994 Group, and the Russell Group, which I personally found quite useful as it was a little more nuanced. However, the 2016 survey is using Specialist, Post-92, Pre-92 and Russell Group so that it’s reporting is consistent with the rest of the document. A shame really.

Like last year’s survey, the students were asked to rank the importance of three different characteristics relating to their tutors. These being:

In addition to this, a further three categories were added to the 2016 survey to try and “capture [student] opinions of the importance of staff undergoing and demonstrating continuous professional development“. Each of the statements were asked individually, so that students had the option to rate any and all of the items as being high or low in importance, rather than forcing a choice between them. Moreover, a follow-up question was also introduced to assess the extent to which students felt that each of these characteristics had been demonstrated by their teaching staff.

There seems to be an interesting tension between the categories “They maintain and improve their subject knowledge on a regular basis” and “They are currently active researchers in their subject”. On the one hand, students feel very strongly that their tutors should maintain and update their subject knowledge on a regular basis. Yet, on the other hand, students give less import to their tutors being active researchers.

There is clearly a disconnect in the student perception in what they find invaluable with their tutors. It also seems to me that teaching staff need to be much more explicit about the value of their research activities in the way it informs their teaching activities and how that will benefit the student experience. This is something that the report’s authors (Neves & Hillman, 2016:80) also recognise and recommend.

The impact upon professional learning?

My research with academic staff regarding their engagement with professional learning has involved an online survey with over 180 respondents and 20 hours’ worth (so far!) of interviews involving 12 academic staff who are module leaders with multiple commitments and responsibilities. There are a lot of demands upon their precious time. There are tensions between keeping up to date with their subject discipline and keeping up to date with the various rules, regulations and processes of their institution (though according to the 2015 and 2016 surveys, students place greater emphasis upon the former) – so which do academics prioritise and when? Academic staff need to come across as authentic and credible in their students’ eyes – students expect this and academic staff feel compelled to do this.

Moreover, in some Higher Educations Institutions (HEIs) and the present Government seems to think so, students are very much treated as consumers and customers (rightly or wrongly) and thus the discourse is centred in and around a “student first” agenda. More pressure upon time poor academics to ensure the student experience is a wholly satisfying one.

In a recent study (Darabi, Macaskill & Reidy, 2016), the researchers found that increasing administration workload, increases in student numbers and having less time with students were all significant sources of stress for academics. Other factors included government policy changes affecting the future of higher education (see: DfBIS, 2016), along with the perceived increasing insecurity of academic posts.

At the moment, the Teaching Excellence Framework (TEF) is a bit like an incorporeal Lord Voldemort waiting to gain physical form, the TEF’s looming shadow is beginning to make its presence felt across the UK HE sector, but for some grassroots academics the personal and professional impact of the TEF is not yet fully understood or articulated enough to know what will hit them in the future. The term “teaching excellence” has become the new mantra to beat the educational drum with; in some ways it is quite hard to argue against as most people, on the surface at least, believe this can only be a good thing. The problem is how it is implemented and the ways in which it can be measured is not necessarily in the best interests of schools, colleges, universities, students, teachers and parents. Only the faceless mandarins in Whitehall seem to benefit from such an enterprise.

@HeyWayne @paulashwin @timeshighered TEF is all about taking academic autonomy away from academics and commodifying it.

…and on that bombshell!

Goffman, E. (1959) The Presentation of Self in Everyday Life. London, England: Penguin Books.