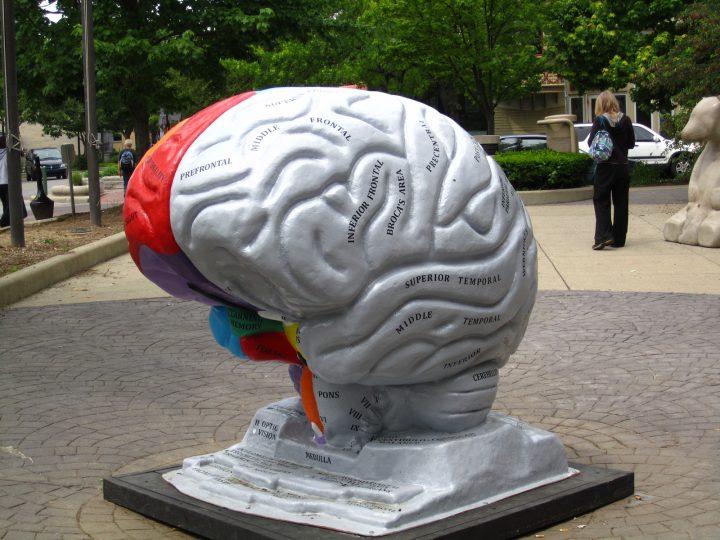 No one would have believed in the last years of the nineteenth century that this world was being watched keenly and closely by intelligences greater than man’s and yet as mortal as his own; that as men busied themselves about their various concerns they were scrutinised and studied, perhaps almost as narrowly as a man with a microscope might scrutinise the transient creatures that swarm and multiply in a drop of water. (H.G. Wells, The War of the Worlds, 1898:1)

One of the interesting conceits of the short, darkly humourous film, They’re made out of meat, is how the alien visitors view the human race within this surreal, David Lynch-like world. They look upon as meat. What is not clear from the film is whether we are seen as “human cattle“, or if it is a statement about our frail carbon-based bodies? Are the aliens exhibiting a form of carbon chauvinism that prohibits them from seeing humans as intelligent, sentient beings? Are their views coloured by the infantile behaviour and antics of the rural inhabitants? How could these humans possibly create the technologies that first alerted the aliens to Earth?

In the context of “what it means to be human“, this presents an interesting perspective of how an ‘outsider’ may look upon us with cold, clinical, discerning eyes, much like a Victorian naturalist who dissects, records and catalogues their specimens; the great apes in Pierre Boulle’s novel La Planète des Singes (1963); or the Engineers from the film Prometheus (2012). From the viewpoint of the ‘outsider’, we are nothing more than wet flesh, bones and sinews wrapped in a sack of flesh. Our brain, the wetware, is made up of soft, spongy folded layers which gives no hint to its’ sheer majestic complexity and potential. The behaviours we exhibit seem clumsy, childish and unsophisticated. If these characteristics don’t make us “human”, so what does? Is it the notion of a soul? Our capacity to adapt? Our capacity to overcome adversity? Our tool-making abilities? Our material culture? Our capacity for language, writing and abstract thought? Our ability to be creative and reflective? Or our capacity for war, destruction and devastation?

The answers to these questions may be woven deep inside our DNA or hidden somewhere amongst the stars, either way, we will continue to look and ask questions of ourselves and our place in the Universe.